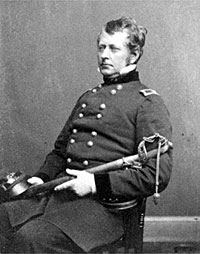 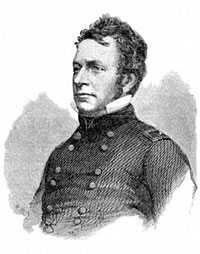 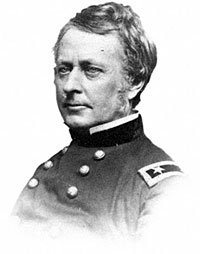 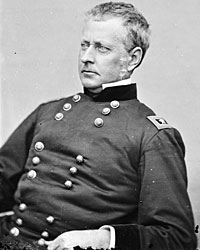 Joseph “Fighting Joe” Hooker was the Union Army General who succeeded General Burnside as commander of the Army of the Potomac in 1863 despite his grandiose notions of becoming a dictator. He had a reputation for being aggressive in pursuit of war, women, and liquor. While President Lincoln acknowledged that Hooker’s comments had undermined his predecessor, Ambrose Burnside, he told Henry Raymond at a White House reception on January 24 that Hooker “is stronger with the country to-day than any other man.”1

Hooker’s reputation may have been exaggerated in several areas, however. He turned out to be ineffective in the field and even his reputation for drinking was probably overstated. Historian Stephen Sears concluded, “There is good evidence that the reputation of a drinker that attached to Joe Hooker was more perceived than real.”2 John Hay, Lincoln’s secretary, made a perceptive comment on the subject. In his diary Hay described dining one evening in Washington with a group that included the general. ‘Hooker drank very little, he wrote, ‘not more than the rest who were all abstemious, yet what little he drank made his cheek hot and red & his eye brighter. I can easily understand how the stories of his drunkenness have grown, if so little affects him as I have seen.'”3

Rumors persisted, however, as did talk that his headquarters resembled a brothel. Hooker was “accused of chronic bad, temper, immoral conduct, and weakness for drink, while his vindictiveness toward opponents was as notorious as his devotion to those who did him a service. Critical, cynical, and outspoken, he left enemies wherever he walked,” noted historian Allan Nevins, but his “worst strait in his volatile nature…was not his sharpness of tongue, but his tendency toward intrigue.”3 To his credit, noted historian Walter A. McDougall, Hooker was “the first Potomac commander to stress cavalry training and convince Union troopers that they were the equal of J.E.B. Stuart’s riders.”4

After defeat at the Battle of Chancellorsville on May 2-4, 1863 where Hooker failed to use his forces to advantage, his communications with General Halleck and President Lincoln broke down. Although Hooker seldom visited the White House, the President’s letters to Hooker are classics. On his appointment in January, the President wrote Hooker: “You are ambitious, which, within reasonable bounds, does good rather than harm; but I think during Burnside’s command of the Army you took counsel of your ambition, and thwarted him as much as you could, in which you did a great wrong to the country and to a most meritorious and honorable brother officer.”5 At another point, he advised Hooker: “I would not take any risk of being entangled upon the river, like an ox jumped half over a fence and liable to be torn by dogs front and rear without a fair chance to gore one way or kick the other.”6

Hooker visited President Lincoln at the White House within two weeks after the Battle to discuss dissension with his subordinates. Hooker authorized visits to the White House by his subordinates and many did over the next month—urging Hooker’s replacement. Hooker again went to Mr. Lincoln’s office on June 23, 1863, but the meeting only confirmed a disagreement with General Henry Halleck over whether Harpers Ferry needed to be defended by the army. Hooker may not have needed the dispute with Halleck as an excuse to get drunk that night. In fact, the seediest area of Washington was named “Hooker’s Division” in recognition of his reputation. The conflict between the generals worsened over the following four days and just before the Battle of Gettysburg, Hooker asked to be relieved and he was immediately replaced.

Hooker grew weary of waiting for reassignment in Baltimore and visited Washington—where officers were forbidden to visit without permission. Hooker was arrested for this infraction of the rules, but before the arrest he visited journalist Noah Brooks and pressed him for Mr. Lincoln’s judgment of him. Brooks replied that the President “had told me that he regarded Hooker very much as a father might regard a son who was lame, or who had some other incurable physical infirmity. His love for his son would be even intensified by the reflection that the lad could never be a strong and successful man.” The judgment moved Hooker to tears.7

Hooker later served in the West, performing admirably during the Chattanooga campaign at Lookout Mountain in 1864. When he was passed over for a promotion in the summer of 1864, he asked to be relieved of command by General William Sherman. He continued in various army posts, however, until 1868.