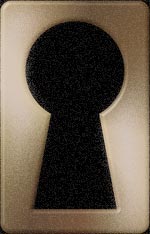 Office seekers and other petitioners waited for the President in either the reception room or the corridor after presenting their cards to the messenger who stood outside his office. In this space, the President sometimes paced at night. Non-resident favor-seekers paced here during the day. Even presidential secretary William O. Stoddard, then handling land patents at the Patent Office, accosted President Lincoln in the corridor one Saturday morning in early April 1861. Mr. Lincoln was clearly preoccupied by events concerning the coming fall of Fort Sumter and did not even appear to recognize Stoddard, who was about to sign up with an army unit for three-months army service:

“My mind’s at Fort Sumter. What is it?
“I wish to ask a favor,” I said.
His lips contracted, for that was what everybody he met was saying to him just then, and he asked in an almost petulant manner, ‘Well?’
“It’s just this, Mr. Lincoln,’ I said. “I believe there is going to be fighting pretty soon, right here, and I don’t feel like sitting at a desk in the Patent Office or here either while any fight is going one. I’ve been servingt with a company already, annd, if it’s ordered on duty, I want to go with it.”
“Well, well!” he interrupted, with a very different expression of face. “Why don’t you go?”
“Why, Mr. Lincoln,” I said only a few days ago I took an oath to obey your orders, and now I’m likely to be asked to take another to obey somebody else. I don’t see how I can manage them both without your permission. I may be ordered to service outside the District of Columbia.”
He smiled as he cut me short, ‘Go ahead! Swear in! Go wherever you are ordered to go.” 1

Journalist Noah Brooks reported how Tad Lincoln pre-interviewed those who wanted to see Mr. Lincoln: “Very soon after he began life in the White House, Tad learned what an officer-seeker was. All day long, unless the President was absent from the building, the office-seekers lined the upper corridors and passages; and sometimes the lines extended all the way down the stairs and nearly to the main entrance. When other diversions failed him, Tad liked to go around among these waiting place-hunters and institute inquiries on his own account. He would ask what they wanted, how long they had been there, and how much longer they proposed to wait. Some of these men came day after day, and for many successive days; with these Tad became acquainted, and to them he would give much sympathetic advice in his own whimsical but sincere way. Once he mounted guard at the foot of the public staircase, and exacted toll of all who passed up. ‘Five cents for the benefit of the Sanitary Fund,’ he explained to the visitors, who were not unwilling to have a friend at court for so small a price.” 2

Guard William Crook recalled: “After I had had time enough to become somewhat used to seeing the White House family every day, the crowd of men and women who filled the anteroom to the President’s office began to interest me. There were all sorts of people – mothers who wanted to have their husbands returned to them from the army, wounded soldiers who wanted help, ambitious young men who wanted positions, self-appointed advisers who wanted to be listened to, and sisters of deserters who wanted reprieves. The office-seekers were the most persistent and unreasonable. An experience that a friend of mine – Mr. F. J. Whipple, of New York – had with the President will show how Mr. Lincoln felt about them.”

Mr. Whipple called at the White House one day. As he was a little early, he had to wait in the hall opposite the President’s office. He had not been there long when Mr. Lincoln came in from the private part of the house. Whipple rose, saying:

‘This is Mr. Lincoln, I believe.’
‘Yes. What can I do for you?’
‘Nothing, sir. You have not an office I would accept.’
Mr. Lincoln slapped him on the shoulder.
‘Is it possible! Come into my office. I want to look at you. It is a curiosity to see a man who does not want an office. You might as well try to dip the Potomac dry as to satisfy them all.’
They had a few minutes’ more conversation, while the President idly made some lines on a paper. A few days later I was in the room with the President when a prominent senator called upon him. Seeing a pencil -sketch, the visitor asked what it was.
‘It is the portrait of the one man who does not want an office,’ Mr. Lincoln replied. 3

In their biography of their boss, the President’s secretaries John Nicolay and John Hay wrote from their experience about the array of people who gathered to see the President: “The city was full of strangers; the White House full of applicants from the North. At any hour of the day one might see at the outer door and on the staircase, one line going, one coming. In the anteroom and in the broad corridor adjoining the President’s office there was a restless and persistent crowd, – ten, twenty, sometimes fifty, varying with the day and hour, – each one in pursuit of one of the many crumbs of official patronage. They walked the floor; they talked in groups; they acknowledged at every arrival and blessed every departure; they wrangled with the door-keepers for the right of entrance; they intrigued with them surreptitious chances; they crowded forward to get even as much as an instant’s glance through the half-opened door into the Executive chamber. They besieged the Representatives and Senators who had privilege of precedence; they glared with envy at the Cabinet Ministers who, by right and usage, pushed through the throng and walked unquestioned through the doors. At that day, the arrangement of the rooms compelled the President to pass through this corridor and the midst of the throng when he went to his meals at the other end of the Executive Mansion; and thus, once or twice a day, the waiting expectants would be rewarded by the chance of speaking a word, or handing a paper direct to the President himself – a chance which the more bold and persistent were not slow to improve.” 4

Noah Brooks reported that even casual relationships could turn into favor-seeking situations: “When a certain prominent comedian of the time was playing in Washington during Lincoln’s administration, the President saw his representations with great delight, and was so pleased that he expressed himself in warm terms to the player through the medium of the manager. Thereupon the actor sent the President a book in which he inscribed some pleasant words by way of dedication to Lincoln, who acknowledged the gift in a kindly little note. Not long after this, going to the President’s Cabinet on a summons from him very late at night, I noticed this man waiting alone in the corridor outside the President’s door. Lincoln asked me if any one was waiting without, and when I told him that I had seen the actor sitting there, he made a gesture of impatience and regret, and said that the little courtesies which had passed between them had resulted in the comedian applying to him for an office. I have forgotten what it was, but I think it was an English consulate which the old man wanted. Lincoln almost groaned as he said that it seemed impossible for him to have any close relations with people in Washington without finding that the acquaintance thus formed generally ended with an application for office.5

The corridor could also be a conduit of information, as Robert Todd Lincoln discovered on a visit to Washington in early 1864: “…as I was passing from the private part of the house up to Mr Nicolay’s or Mr Hay’s office, I found a considerable crowd in the corridor, of persons anxious to see the President; and one of them, Simon , came to me as I was passing, and said that he was very anxious to see the President, that it was very urgent that he should do so, and he showed me a printed circular as I recollect, perhaps the one afterwards called to ‘Pomeroy circular.'”6 That circular was designed by a Kansas senator to promote the presidential candidacy of Secretary of the Treasury Salmon P. Chase.