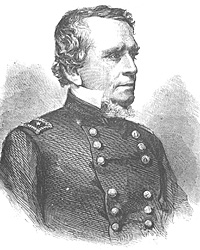 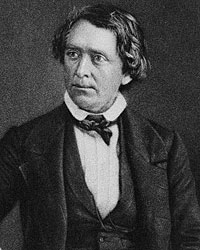 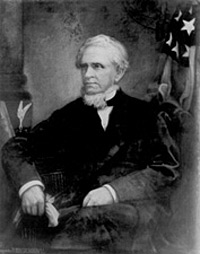 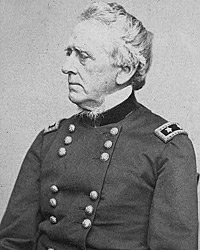 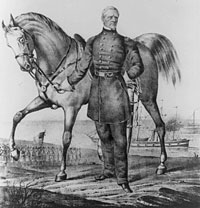 John Dix served as Secretary of the Treasury under President James Buchanan form January to March 1861 after Southerners deserted Buchanan’s cabinet. President Lincoln recognized his political influence, especially among Democrats, by appointing him a major general in the Union Army.

In August 1861, Dix took charge of the Baltimore District and visited President Lincoln for instructions. The meeting was held at Secretary of State William H. Seward’s house. According to aide William O. Stoddard: “The conference was protracted – Mr. Lincoln, Mr. Seward and Gen. Dix, all taking an active part – and it was near midnight when we started for home. As we walked along I said: ‘Well, Mr. Lincoln, and what do you think of Gen. Dix?’ ‘Well Stoddard, I cannot say that I know him very well, but, judging from the counsel he has given to-night, and from all he has said, I should say that Gen Dix was – a very, very wise man.'”1 Historian Allan Nevins wrote that Dix was a “man of great ability, courage, and grasp….Above all, he was a staunch believer in the maintenance of the Union, and was ready to put all his courage and power of decisive action behind his faith.”1

In 1862, Thurlow Weed tried to secure the New York State gubernatorial nomination for Dix. He lost the Union nomination to General James Wadsworth, whose views on slavery and the war were more radical. As a Democrat, he had been frozen out of power because he had run as the Free Soil gubernatorial candidate in 1848. Finally in 1872, Thurlow succeeded in getting Dix the nomination and election as governor of New York. He served from 1873-1875.

General Dix was dispatched in July 1863 to New York City to head the Department of the East to put down the draft riots.

Before the Civil War, Dix was a prominent New York attorney and the city’s Postmaster . He had switched from the establishment faction of the New York Democratic Party to the Barnburner group and ran for Governor as the Free Soil Party. He served in the Senate (1845-1849, Democrat).